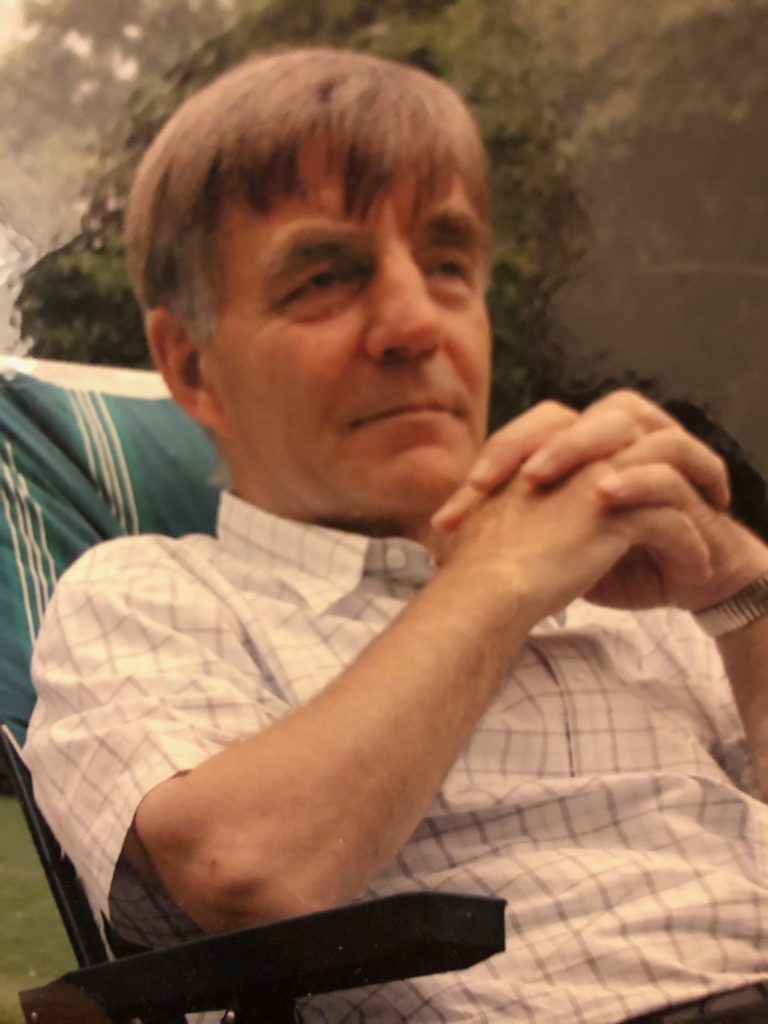 Michael passed away after a short illness in Norwich Hospital on 15th September 2020. He was buried in Wreningham Churchyard on 8th October with a lovely, outdoor service led by Revd Lydia Avery.

Michael grew up in Breckles with his siblings; Patrick, John, Roger, Paul, Veronica (Vickie) and Christopher. He was posted to Hong Kong for his National Service before working at Norwich Union where he remained throughout his working life. At Norwich Union, he worked alongside Conway Berners-Lee to install their first ever computer.

In 1961 he married Patricia (Pat) whom he met at work and together they built their house in Wreningham where Michael lived for the rest of his life. They had two children; Sarah and Giles.

Throughout his life Michael loved to tinker with cars and even built his own bright red Jaguar E-Type that he was often seen driving round the village in before he sold it. He could also be seen in the skies above Wreningham in his glider as he was a keen member of Tibenham Gliding Club where he met and befriended Jimmy Stewart.

Michael was an extremely accomplished flautist and was a member of the Norwich Philharmonic Orchestra and played in many other groups too. He taught his daughter to play the flute and, for many years, they performed together at the Wreningham Christmas Concert that Michael organised at the Village Hall.

After his relationship with Pat ended, Michael met and, in 1988 married, the talented opera singer Sally. With this marriage, Michael gained two step children, Cindy and Dinah, who would in time give him and Sally five grandchildren – Abigail, Gabby, Laurence, Martin and Bevan. Michael and Pat’s daughter Sarah also had her own children, his grandchildren, Martha, Sam and Archie. Martha continues Michael’s musical legacy by performing with the Barnsley Youth Choir ranked 4th best choir in the world! More recently Sally and Michael were blessed with great grandchildren in Marcus, Francis and Evelyn.

Michael was always inventing and creating things. After completing his E-Type he turned to making dovecotes and garden furniture. He tried to patent a revolutionary new rotary steam engine, although this was well into the twenty first century. He made machines to speed up the manufacture of garden seats, devices to make hedge trimming less tiresome or to get a telescope into and out of a garage, and most recently, hydrogen powered jet planes. Michael was always thinking of solutions. He joined a local photography club and enjoyed the technical aspects of taking the perfect photograph as well as the social aspects. He was also a member of a local astronomy club for some time, where he often helped problem solve their technical issues and enjoyed photographing space; the moon in particular.

Michael has been a much loved and charismatic part of Wreningham for 60 years and will be greatly missed by family, friends and indeed everyone who enjoyed chats with him over the years.