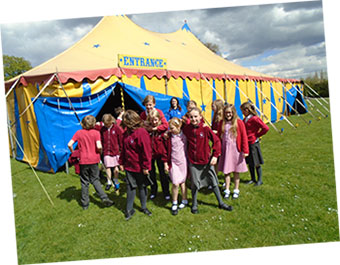 Circus Ferrel came to the Wreningham playing field and opened for two nights in early May. Martin, from the circus, had attended a Parish Council meeting to ask to use the playing field. He explained that they work with schools teaching circus skills and that they also open to the public. The circus team would be in Wreningham School and working with the pupils there.

Rob Jones, Headmaster at Wreningham school, later said “We had Circus Ferrel for 3 days in school – the children did circus skills such as juggling, tight rope walking and plate spinning!”

All the reports are that the event was a success and enjoyed by many people.

Martin said “We too couldn’t believe the turn out on Wednesday! Tuesday was quieter but still a lively show with a wonderful mix of local (and not so local) folk. Each week is so different on the road but Wreningham was one of the stays we shall have happy memories of for a long time to come and it’s lovely to have good crowds at the start of the season – the winter break is long and it’s so expensive to get the show out on the road.”

We asked if he had some photos of the two days but Martin and his team worked so hard that “…there’s rarely time to remember to take any!”. However, the school did remember to take along a camera and here are pictures of the students enjoying themselves. 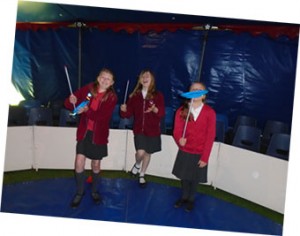