Many Ashwellthorpe Road residents will be well aware that their telephone and broadband service has been curtailed courtesy of the severing of the telephone lines by Anglian Water’s contractors. A swarm of OpenReach and BT vans have delivered personnel to reconnect the cable ends and restore the lost service.

Whilst this progresses, OpenReach invite you to let them know if your service has degraded or completely lost. Contact details are on the BT webpages.

Don’t forget that in the interim the Village Hall has a high-speed service which you can use. You don’t have to enter the Hall, just pick up one of three sets of signals (all the names start with “TP-Link”) and log into the broadband. 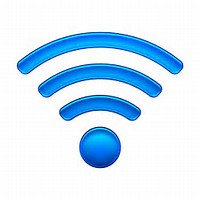 The wifi service is now available for the community to use within, or in the vicinity of, the Hall.

There are 6 wireless networks available – all commencing with the letters “WAP” – 3 operating at 2.4GHz and another 3 at 5GHz. We have measured the download speed at nearly 80Mbps and upload at 20Mbps.

Select the network and log in through the Wreningham Community Hub homepage. Password access is currently not required, but that may change. When you use the service please be aware of the Terms & Conditions.

David Kirk has contacting Karen O’Kane, Programme Director for BbfN, about the status of plans for broadband services for the village. This is a summary of their exchanges.

The Better Broadband for Norfolk (BBfN) website has a map with coloured dots indicating broadband status. It indicates plans for every postcode in the county. Unfortunately it is not completely accurate for Wreningham (note that such status information will usually be an approximation as postcode areas do not always map directly to BT’s physical network). Karen O’Kane says the coding errors in the dots on the Wreningham part of the BBfN map will be corrected “during the next quarterly update” in September. This won’t of itself bring about an improvement in service but at least it will show a more accurate status for the village.

An alternative guide to progress on Superfast is available on the Openreach website (note you may need to use a browser other than a “Google” to get it to work). This gives a detailed property by property listing for both current availability and future plans. The site is interactive so simply type either your phone number, or your postcode and select your own address from the drop-down list.

Hethel Road and Glebe Close: to be linked to the green BT cabinet by the school. Karen O’Kane reaffirms the “by the end of the year” target – whilst not being clear whether this is a calendar year (ends in December) or a business year (ends in March). This should give access an improved service.

Superfast broadband performance falls off with the distance from the BT cabinet. Thus, after the “end of the year” work, the majority of homes in the postcode NR16 1BB (north of the 30mph sign in Hethel Road) will, she says, “not have access to speeds above 15Mbps”. Hence this postcode will continue to show up as a red dot on the BBfN map implying no further plans etc., but the majority of areas of Hethel Road should show varying levels of improvement.

Norwich Road near Top Row: a few properties are being shown on the Openreach website as potentially being provided with direct Fibre To The Premises (FTTP) broadband as part of an Openreach infill scheme – although no timescales are given. This could see these properties able to access in excess of 200 Mbps at some point in the future.

We received this briefing by the BBfN Programme Director which was delivered to a meeting recently. It describes some of the UK Policy relating to Broadband roll out in the country. It includes advice for domestic users – Digital Briefing Note for Public Distribution.

The Parish Council wrote to BetterBroadbandforNorfolk (BBfN): letter to BBfN . We received this reply which has interest for a number of residents: BBfN response to WPC

In the meantime, you may have seen reference to Wreningham in your copy of The Link which is now available in the village. The Parish Council is to receive funding via our County and District Councillors to implement an improved broadband service centred in the Village Hall. It is not designed to address the broadband problems being experienced by a number of residents in their homes. It is an interim measure to give access to Superfast Broadband to the community as a whole. This is expected to provide wi-fi broadband with 70+Mbs download and 15Mbs upload speeds. It will be accessible when you are in proximity of the village hall.

Once it is up and running, the Parish Council would like to receive your comments on the service.

The Ambulance Service have now added the Wreningham Village Hall defibrillator to their database. This means our defibrillator is live for use. Should it be needed then they will be able to provide the access code.

The Parish Council is planning two training sessions open to all villagers to prepare them in the use of the defibrillator and assisting patients. More on this later.